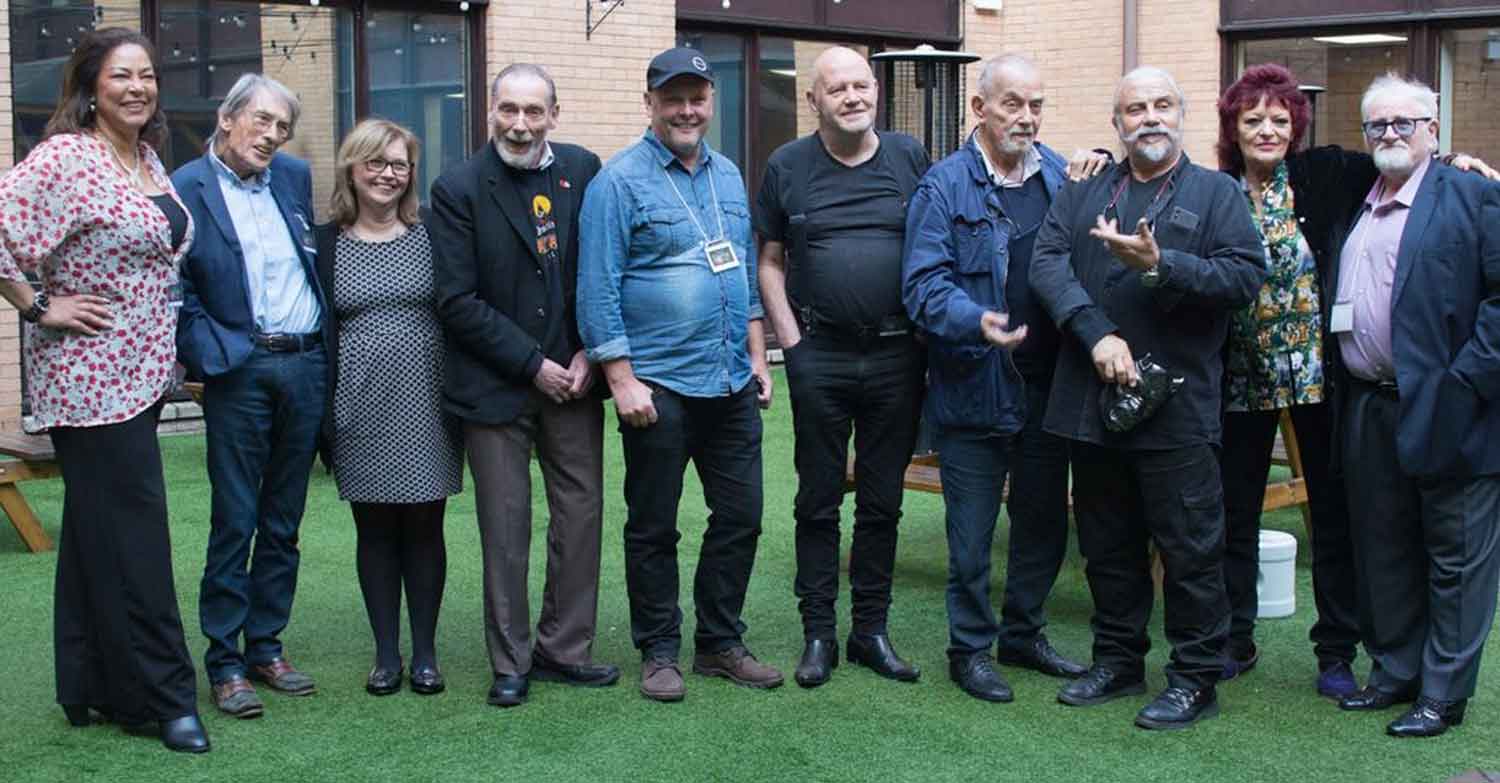 This unique celebration of horror, science fiction and fantasy cinema has attracted some of the biggest names in the industry since 1990.

Legendary British director Norman J. Warren was a fan of the festival and attended most years, as both guest and regular attendee, and was always keen to meet and encourage fledgling filmmakers and chat with fans. He is sadly missed. Our short film best-in-festival award has been named in Norman’s memory.

The festival was founded by Tony Edwards, Gil Lane-Young, Harry Nadler and Dave Trengrove, and grew out of the Delta Film Group, a filmmaking society active in Manchester in the 1960s.

A friendly, intimate festival with a unique atmosphere and impeccable pedigree, it has long been considered a hidden gem on the festival circuit.

Keep up to speed with the latest developments!